Delfino Battista > About us

In their modern well equipped laboratory the processing of our products is carried out with traditional expertise: the selection of raw materials ,product control transformation and preparation are all carried out under strictly controlled conditions in conformity with the food regulations in force. Nothing has changed and the proof is in the taste. 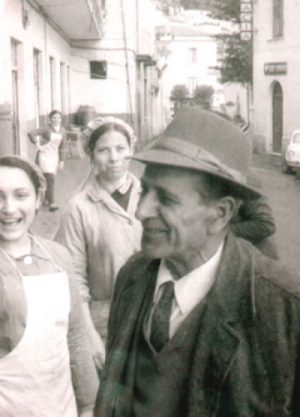 Enthusiasm and dedication are typical qualities of the family. All Delfino Battista products are chemical and additive free, ,so that quality and flavour are kept intact. Nothing has changed over the years. Our firm guarantees its customers genuine products, natural ingredients and traditional workmanship. All this makes for a healthy balanced diet. Please note that processing is done by hand and the products are even packaged by hand.

Cetara: land of our fathers

In Ancient times, many Mediterranean resorts were called Taricheiai (in Greek) or Cetaria (in Latin) as many places for processing fish were to be found there. Cetara, a delightful, small fishing village near Vietri sul Mare owes its name to this century long tradition. In the Middle Ages nearly all the Roman processing places became tuna-fishing plants and the production of garnishes and dressings became much less popular. In Cetara, Delfino Battista still carries on the tradition of fish processing and producing gourmet delicacies. Their production can be traced to Cetara’s link with the splendid waters of the Amalfi Coast. In Cetara Marina not far from the beach, Delfino Battista has now opened a retail shop where all their products can be found.